o Where is Lake George?

Where is Lake George?

Wondering where is Lake George? The small village of Lake George is located in the middle of the Adirondacks, on the Highway 87, on the shore of one of the biggest lake in the USA.

Located 2.5 hours south of Montreal and less than 4 hours north of New York, it's ideal for a quick weekend getaway! Getting there is very easy. Once on the i87, it's a straight line to Lake George. If you're coming from Canada, don't forget your passport to get through the border. 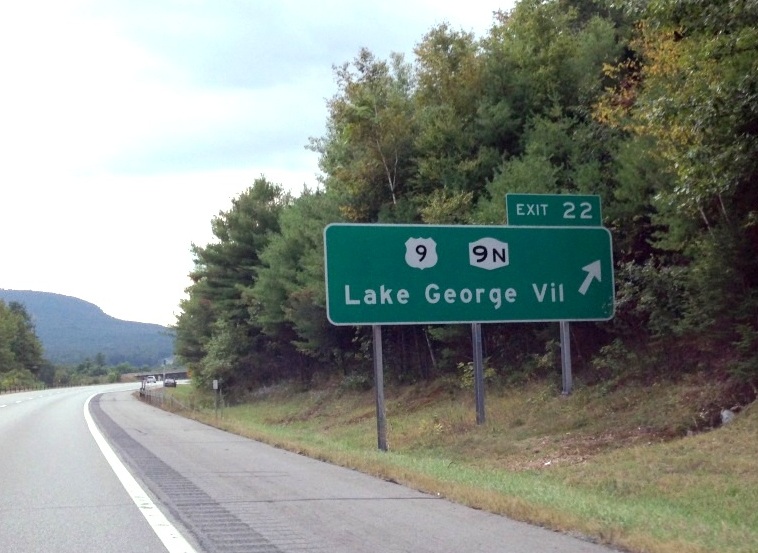 From Albany, it will take you about 60 minutes to reach Lake George


Click here for detailed directions from Albany to Lake George

From downtown Montreal, it will take you around 45 to 60 minutes to reach the USA border and then another 1.5 to 2 hours to Lake George.


Click here for detailed directions from Montreal to Lake George

Waiting time at the border

The Canada / USA border is very busy during holidays. During those times, expect to wait at least an hour, sometimes much more. The worst I've seen is 4 hours of waiting time. I strongly suggest you check the current delays at the border on the Canadian or American border control websites.

Highway Speed limit in Quebec is 100 km/h (62 MPH). It is good to know that police in Quebec tend to be more permissive than in their American colleagues. You should not get pulled over by the police in the province of Quebec if you are going slower than 120 km/h (74 MPH).

In New York State, limits on the highways are normally 65 MPH and you normally won't get pulled over if you are under 72 MPH. Obviously, I always recommend to be safe in your travels and to follow speed limits!

Home > Information > Where is Lake George